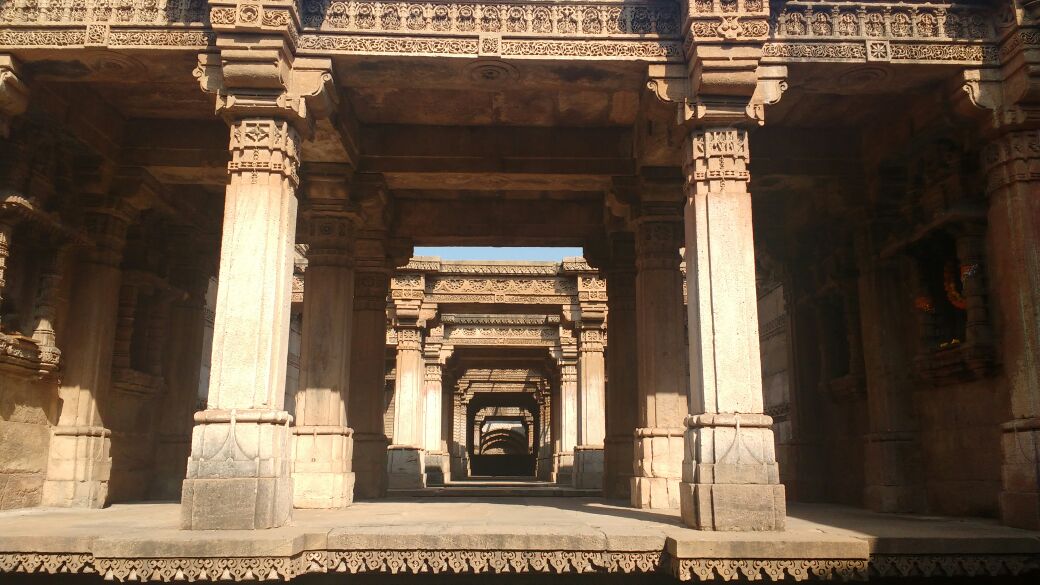 Stepwells are wells or ponds in which the water is reached by descending a set of steps. The stepwells had social, cultural and religious significance. Hence in many stepwells there was elaborate ornamentation of the columns, brackets and beams and stepwells were used as a form of art mostly by Hindus.

The construction of stepwells hit its peak during Muslim rule from the 11th to 16th century and they influenced architecture of many other buildings where water was part of the design. The stepwell of Adalaj is a fine example of Indo-Islamic architectural style.