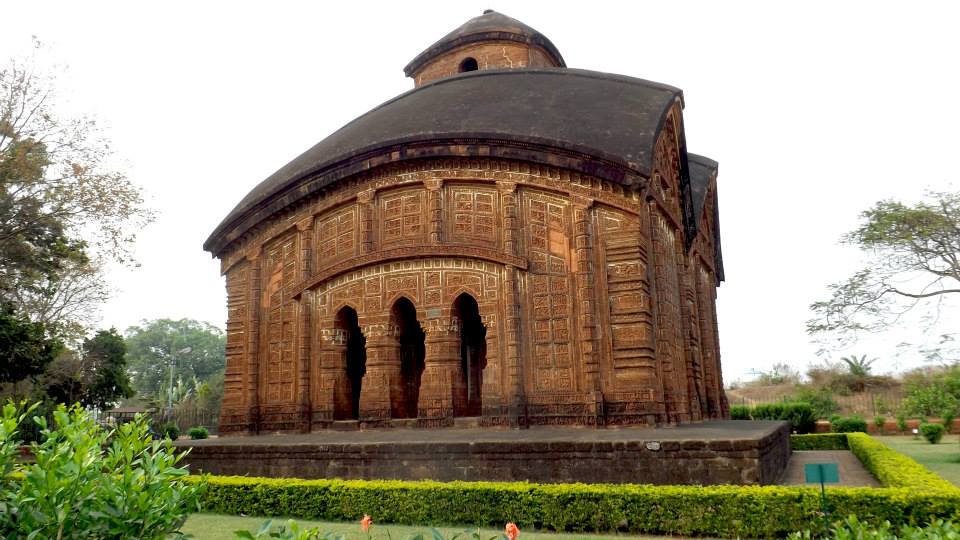 Most temples surviving in reasonable condition date from about the 17th century onwards, after temple building revived; it had stopped after the Muslim conquest in the 13th century.The roofing style of Bengali Hindu temple architecture is unique and closely related to the paddy roofed traditional building style of rural Bengal.

Bishnupur in West Bengal has a remarkable set of such temples which being built from the Malla dynasty are examples of this style. Most of these temples are covered on the outer surface with terra cotta reliefs which contains plenty of secular materials making these important to reconstruct the social structure from these times.

The temple structures contain gabled roofs which are colloquially called the chala, For example, a gabled roof with an eight sided pyramid structured roof will be called "ath chala" or literally the eight faces of the roof. And frequently there is more than one tower in the temple building.