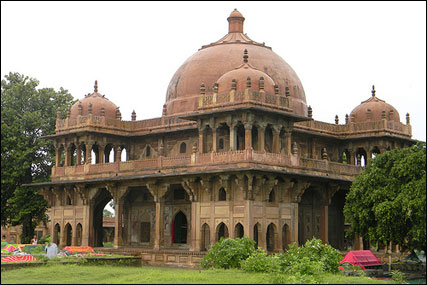 Architecture of Bihar During Shah Jahan, Mughal Architecture in Bihar Several mosques were constructed during this time along Patna’s main city street paralleling the Ganges, though only a few still remain. The best preserved instance of a mosque during Shah Jahan’s Mughal architecture in Bihar, is the masjid of Hajji Tatar. Exquisitely carved black stone frames the three arched entryways on the east faÃ§ade. Such black stone was employed at times on Mughal structures in Bihar and Bengal.