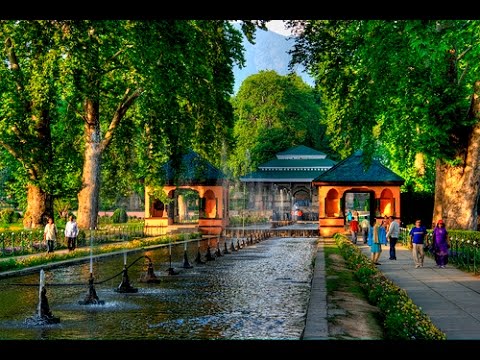 The Shalimar garden of Srinagar is based on Mughal architecture. Shalimar Garden developed by Jahangir and later his son Shah Jahan has achieved the epitome of Islamic garden design brought to India by Babur. The linear water channel, formed by diverting the water from the mountain to the lake, is the central axis in this symmetrical garden.The row of square gardens is connected by canals with pavilions built over them. There is a segregated area for women on the inner side of the garden built by Shah Jahan, which has bowers of black marble.