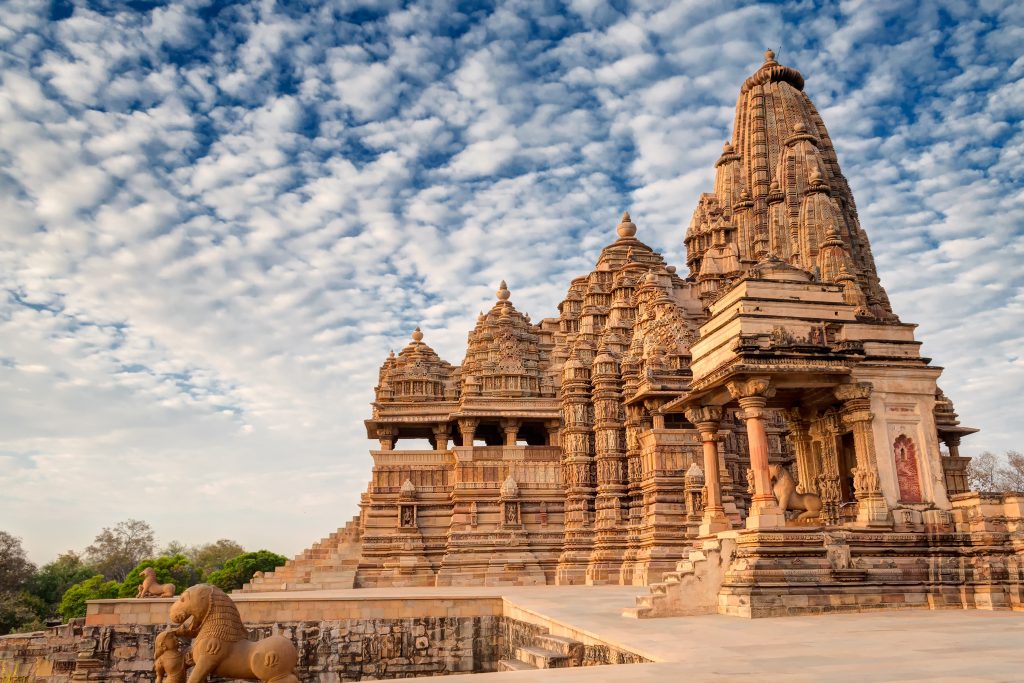 Nagara is the style of temple architecture which became popular in Northern India. It is common here to build an entire temple on a stone platform with steps leading up to it. Earliest temples had only one shikhara (tower), but in the later periods multiple shikharas came. In the north Indian temples, the sikhara remained the most prominent component while the gateway was generally unassuming. Another important feature of the Nagara style of architecture is that the garbhagriha is always located directly under the tallest tower.