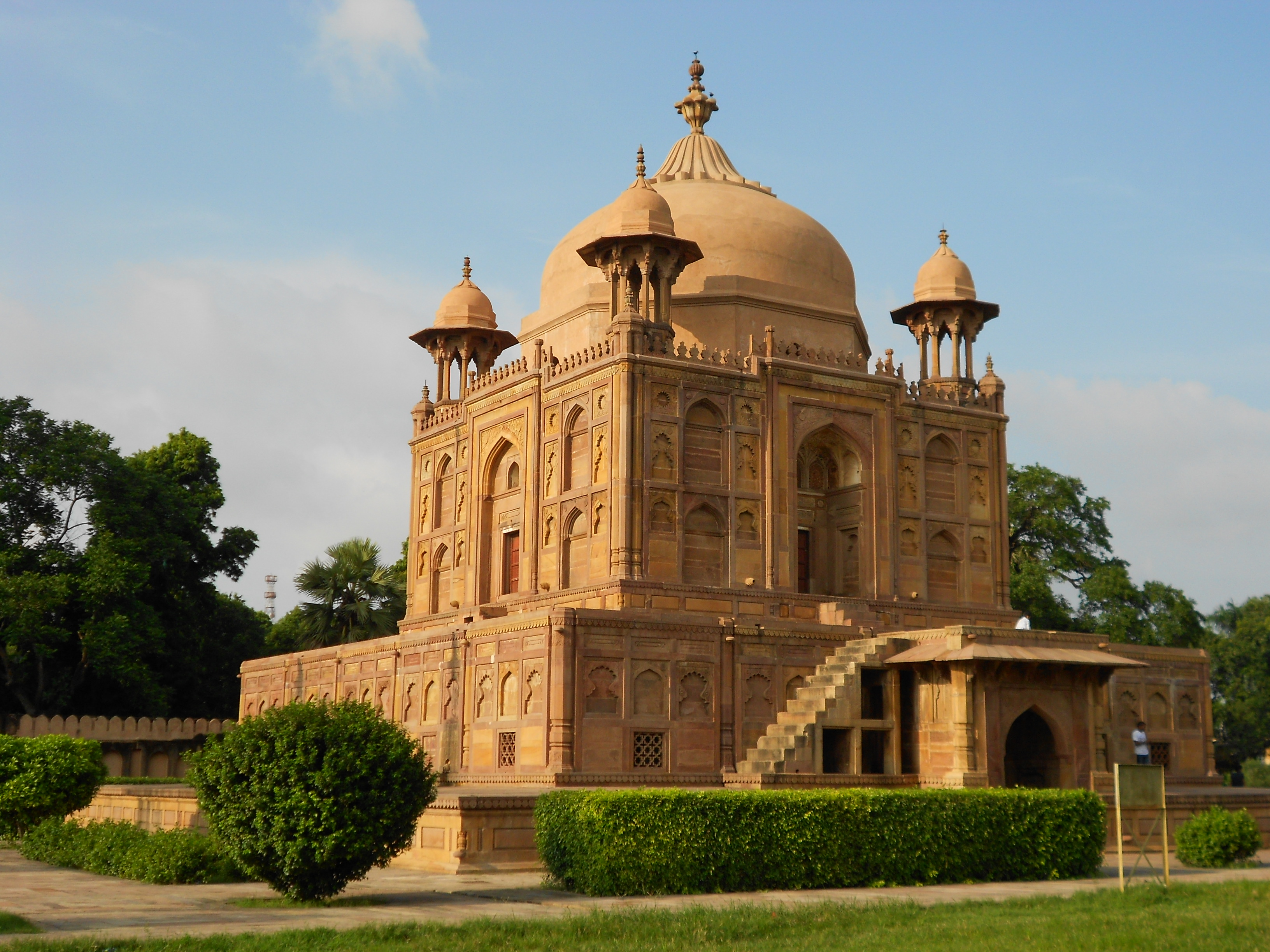 Khusrau Bagh is a large walled garden and burial complex located in muhalla Khuldabad close to the Prayagraj Junction Station. The three sandstone mausoleums within this walled garden, present an exquisite example of Mughal Architecture The design of its main entrance, the surrounding gardens, and the three-tier tomb of Shah Begum, who died in 1604, has been attributed to Aqa Reza, Jahangir's principal court artist.

Shah Begum, originally Manbhawati Bai, was the daughter of Raja Bhagwant Das of Amber. Distressed by the discord between her husband Jahangir and son Khusrau, she committed suicide in 1604 by swallowing opium. Her tomb was designed in 1606 by Aqa Reza and is a three storied terrace plinth without a main mound, inviting comparisons with Fatehpur Sikri by experts. The tomb however has a large chhatri that surmounts the plinth and the arabesque inscriptions that adorn her tomb were carved out by Mir Abdullah Mushkin Qalam, Jahangir's greatest calligrapher.