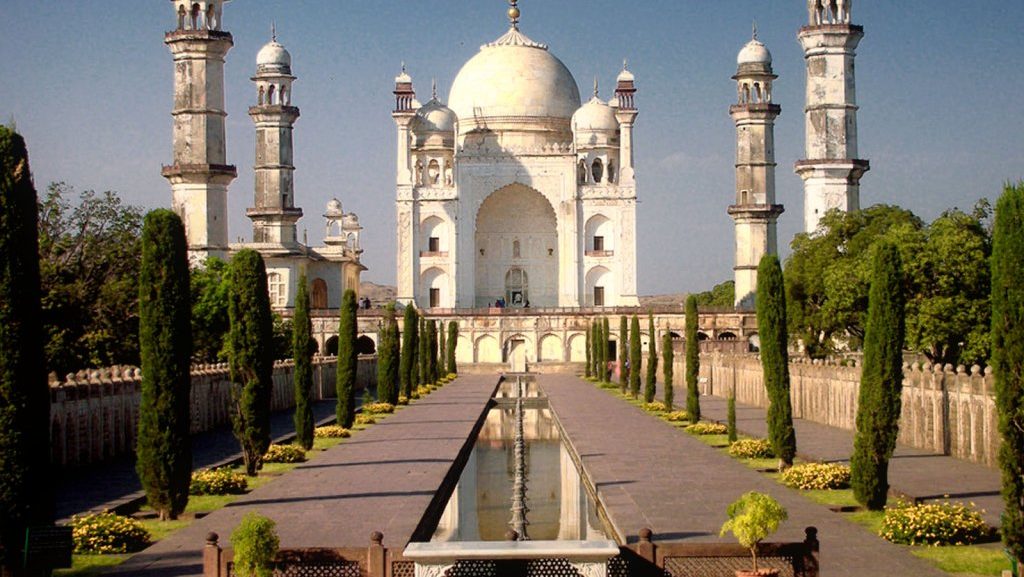 The Bibi Ka Maqbara was commissioned in 1660 by the Mughal Emperor Aurangzeb in the memory of his first and chief wife dilras Banu Begum and is considered to be a symbol of Aurangzeb's 'conjugal fidelity'. After giving birth to her fifth child, Muhammad Akbar, Dilras Banu Begum possibly suffered from puerperal fever due to complications caused by the delivery and died a month after the birth of her son on 8 October 1657. Upon her death, Aurangzeb's pain was extreme

It bears a striking resemblance to theTaj Mahal, the mausoleum of Aurangzeb's mother, Mumtaz Mahal Aurangzeb was not much interested in architecture though he had commissioned the small, but elegant, Pearl Mosque at Delhi. Bibi Ka Maqbara is the largest structure that Aurangzeb has to his credit.