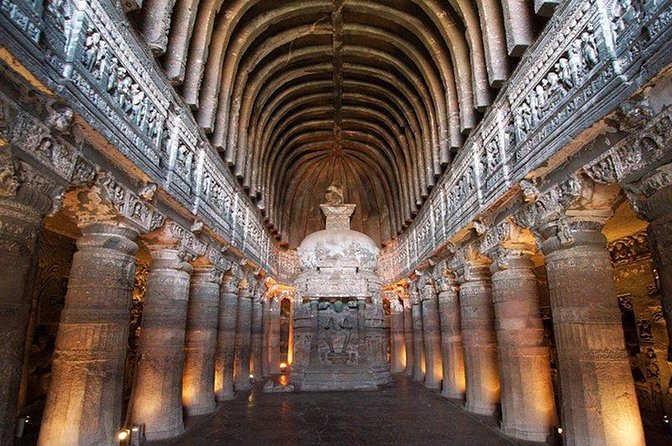 The Ajanta Caves are 30 (approximately)rock-cut Buddhist cave monuments which date from the 2nd century BCE to about 480 CE. The caves include paintings and rock-cut sculptures described as among the finest surviving examples of ancient Indian art, particularly expressive paintings that present emotion through gesture, pose and form.

The Ajanta Caves constitute ancient monasteries and worship-halls of different Buddhist traditions carved into a 75-metre (246 ft) wall of rock. The caves also present paintings depicting the past lives and rebirths of the Buddha, pictorial tales from Aryasura's Jatakamala, and rock-cut sculptures of Buddhist deities. Textual records suggest that these caves served as a monsoon retreat for monks, as well as a resting site for merchants and pilgrims in ancient India.